Accident Prevention by Rescuers, why and how? 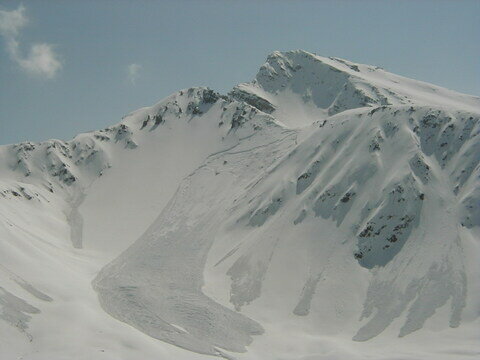 A paper from Nils Faarlund - published by the Prevention Work Group

Accident Prevention by rescuers –why and how?

The efficiency of alpine rescue in the ICAR member countries has been strongly improved since 1948, the founding year of the commission. Because of the given conditions in the mountains at the time of an accident and/or the seriousness of an injury, the organised rescue is not always able to save the life of the victim(s). Also the high sensation seeking mentality of many recreationists in modernity exposes rescuers to call outs of hazardous character. Thus alpine rescue organisations should also in the future engage in accident prevention.

In a modern society many urban practitioners of risk sports, who are unfamiliar with the mountain environment and the sudden changes of the conditions, expose themselves to mortal dangers without a thorough understanding of their undertaking. Unfortunately many of them are not sensitive to advice given by mountaineers or natural scientists as they belong to ”foreign” cultures. We have all experienced, I believe, that as members of an alpine culture with a tradition of now more than 150 years, we do not always communicate efficiently with people, who use Nature as a sparring partner.

One option after in vain having with best intentions explained what to do – and not to do, is to support the marketing of digital gear (i.e. beacons for comrade rescue) and/or instant problem solving algorithms (i. e. The Munther reduction method). We might also adapt to the fun sport image (German for challenging the dangers of free Nature, often with an over load of technical and expensive equipment). Such approaches, which are not in harmony with our identity, might work, but at the cost of alienation from Nature and/or implying that free Nature can be controlled. Albert Einstein, theprimus inter pares in the most prestigious of the natural sciences, in this respect left us an important message:

The way to the secrets of Nature can not to be found by means of logics, but by the experience made with alertness and interpreted by intuition. (Albert Einstein referred to in Bild der Wissenschaft 2005 1:22, see foot note)

The German professor of geography, Wilhelm Paulke, who was one of the pioneers
of ski mountaineering, did already in 1896 underline the importance of experience (”Erfahrungssaetzen”) in accident prevention. Half a century later the point of view
of the highly qualified mountaineer and snow scientist at Davos-Weissfluhjoch, André Roch, was that when in doubt, he would go by his mountain experience and not his theoretical knowledge (André took part in the ICAR-meetings until the turn of the century). Although generations of geologists and glaciologists have put much effort into the research in their fields of work, the complexity of the mountain Nature is far from being fully described by rules without an exception. When using models and formulas (algorithms) one must keep in mind, that prognosis of mortal dangers like avalanches of snow and ice as well as rock fall, are still far from being computed to

the precision of the movement of f. ex. a space craft. Any informed natural scientist will agree that 100% control is an illusion in these matters.

Avalanche bulletins are today made on the basis of the natural sciences ́ ”thinking by rules”, but not without qualified experience from the mountain environment, developed into ” patterns for thinking” – Einstein: ”...experience made with alertness and interpreted by intuition.” Such bulletins are helpful to skiers and mountaineers, who have developed their personal experiences into their own set of patterns. The snow is to complex to be reduced into a cybernetic black box for the construction of instant Yes/No-formulas for the busy go for it man of the new century. A check list approach to Nature focuses on that, which can be measured and leaves out at depth understanding. Identification with free Nature is not opened for and thus the feeling of respect and responsibility is hampered.

Crisis = Possibility: Is there a third way?

In the Chinese tradition crisis was defined as a possibility. I have interpreted the crisis in the prevention of recreational accidents in mountains since the1980es as a result of an invasion of urban practitioners of risk sports. My conclusion is that due to the complexity of the mountain environment and the mentality of modernity the crisis can not be solved by reduction formulas and high tech equipment. Again we can find support in the philosophy of Einstein. A way of thinking, which brought us into a crisis, can not help us solve the problem with more of the same way of thinking. ”Thinking by rules” may help out for a while, but we need to use our abilities called serendipity, to change the scene. Thus the use of modern advertising methods is but ”more of the same”.

We should look for a third way in accident prevention to communicate efficiently with people, who are not familiar with the mountain environment. My suggestion is that mountain rescue organisations should open up dialogues with companies, which offer services and equipment, which expose the consumer to the dangers of the mountain landscape. There are of course preventive efforts made by commercial firms today. In the ski lift business for instance danger control efforts are made by means of physical obstructions, explosives, pisteurs with police function, etc. Unfortunately these efforts are counter productive, due to the mentality of modernity as it is dramatically reducing the powerful scene of the mountain landscape as an arena for staging the important drama of a unique identity – and the ongoing struggle against boredom. It is of course no breaking news that the control approach does not affect the opinion builders amongst the high sensation seekers and thus does not have the efficiency called for.

In Hemsedal, the second largest ski lift company in Norway, a dialogue-project has been working for 5 years. As shown in Footnote 2, the SISA-project was fully integrated with the business concept of the company: A revised marketing policy, training of the staff according to the new policy, the definition of responsibility of the lift company (limited to the balloted and developed descents) and the guests (no limitations/any skiing off piste on own responsibility), information of snow conditions (boards, pisteurs), courses, guiding as well as a well trained rescue organisation. A ”third way project” of this kind must of course be executed and paid for by the commercial interests.

The efforts in accident prevention should of course also comprise all commercial interests, which profit by the consumer being exposed to the natural dangers in the mountains. That means producers of equipment for mountaineering, skiing, snowboarding, mountain biking and other recreational activities in the mountains. The media and the tourism business should also be addressed to change their often hair raising products (pictures, videos, etc.) and take moral and economic responsibility for their practices. Such companies are till now seldom made responsible for marketing practices, which trigger extravagant exposure to the mortal dangers in the mountains.

I am closing these short comments on why and how mountain rescue organisations all over the world should engage in accident prevention towards guests in the mountains, who are unfamiliar with the mortal dangers of free Nature, without
going into details. I do so because I think, that efficient third way projects should be worked out between the commercial interests and the local representatives of the rescue organisations according to the regulations and conditions applying to the place where the respective company operates. An appendix is added with a discussion of the short comings of the risk management (i. e. as used in the exploitation of oil in the North Sea) when applied for route finding for groups in the mountains.