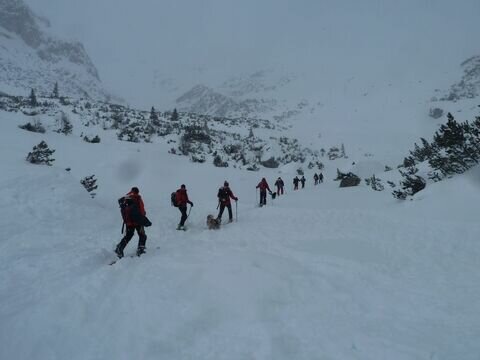 To minimize search times, maximize survival chances and reduce risk to rescuers, it is recommended to apply the following procedure:

Risk to rescuers and resource availability may influence the rescue procedure.

Slalom probing has been demonstrated to be an efficient coarse probing method.