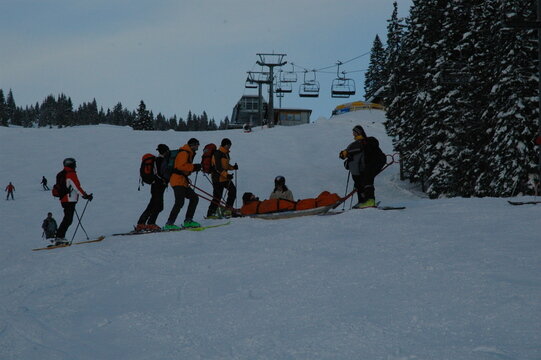 The ICAR Terrestrial rescue committee recommends for rescues on ski slopes and loipes:

-> fundamentally at least two rescuers take care of an injured person and rest him in a rescue device (Canadian, Cascade, Akja, Helicopter) according to his injury.

-> on transport in an Universal Akja usually 2 rescuers are mandatory. The person behind can use poles or a rope.